I saw a guy wearing a shirt with a confederate flag on it.

I said to myself and wondered if I should say this out loud to people with confederate swag,

“As long as you don’t lynch black men, rape black women, burn crosses in our yards, steal our wealth and our labor while wearing white sheets, you can wear whatever you want. Besides isn’t that a flag of treason against the United States of America? And don’t we sentence traitors to death in this country?” I’m just saying…. 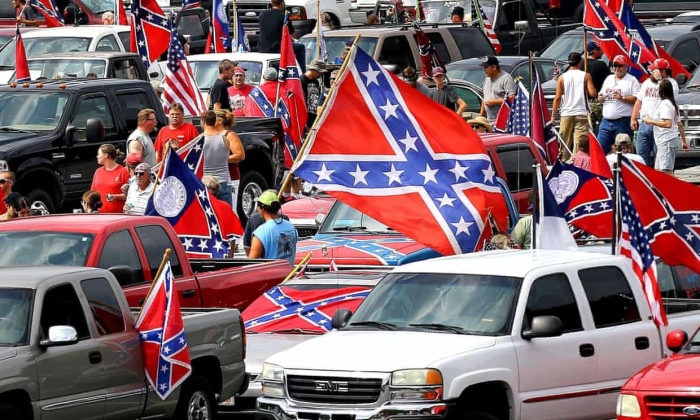 Kimberly considers herself a maverick, which means an unorthodox or independent-minded person or an unbranded calf or yearling. She prefers the first definition. A writer, an architect and historian, an artist, and most recently, a musician, she is fascinated with juxtapositions like positive and negative, beauty and ugly, sublime and repulsive, black and white, reality and fantasy; and with the notion of the “other” and what it means to be human. She is also a bit obsessed with simulation theory. Kimberly currently spends her time between pursuing an MFA degree in prose and literary journalism at Mills College and bartending at her favorite dive bars. View all posts by kimpstudio